Though GameVideos may be suffering from the weight of the internet battering against its front door, the video site does have the new Metal Gear Solid 4 trailer from Tokyo Game Show, both in regular (embedded above) and HD. There is also new gameplay footage, which we have embedded after the break.

A Korean game site broke embargo today -- which, although is bad for them, means we get to enjoy a new trailer for Metal Gear Solid 4 early! Use this handy script to follow along. We don't want to spoil anything, but keep an eye out for a man and his monkey; generally, men who keep company with primates are very important.

According to GameVideos, the "real" version (most likely a higher quality feed of the above video) will arrive 9 p.m. ET.

After his Leipzig presentation, Hideo Kojima took some time to answer some questions from the audience. When asked if Metal Gear Online will be separate from the main MGS4 game, he answered: "When you play story mode you will be able to go online and it will have extra stuff at the end. Haven't decided whether it will be separate or not, but if you buy MGS4 you can play a portion of online at least."

When asked about rumble, Kojima-san told a tale of woe: "In Kojima Productions there is a man, we call him The Rumble Guy, and he has nothing to do right now. So every day I worry about him. I want to include Rumble so that he has something to do." Please Sony! Give The Rumble Guy something to do!

Finally, when asked about a 360 version, he reconfirmed what we knew all along: "Right now it's only being made for PS3. No plans for 360 for now." For the complete Q&A, visit Joystiq.

The Konami press conference at Leipzig was supposed to feature a brand-new trailer for Metal Gear Solid 4. The crowd, jittery in anticipation, shivered as they saw the opening moments of Kojima's latest ... and were shocked to hear the audio start fading away -- and the video, gone. Konami pulled the plug due to "technical difficulties." Now, the trailer is being rescheduled for tomorrow, to satiate the bloodthirsty crowd.

At the very least, Europe knows that Kojima is aiming for a simultaneous release for its upcoming PS3-exclusive. "In the past, I felt bad that the European versions of Metal Gear were always last. I can confidently say that we aim to have a simultaneous worldwide release with Metal Gear Solid 4."

According to Play, Hideo Kojima has some surprises lined up for us at this month's Leipzig Gaming Convention. Not only will there be a playable Metal Gear Solid 4 on-hand, Konami has mentioned that they will be also be announcing new Metal Gear Solid projects from Kojima Studio. It's interesting to see that the franchise is staying with Kojima Studio, considering Hideo Kojima has said he will no longer have a hand in Metal Gear Solid after MGS4. But it's cool to hear that he'll still at least have an eye on the series.

Also, Kojima said he will be bringing a 'mystery guest' with him to the show. No hints were given at who this person would be, but the mind runs rampant with possibilities. Suda 51? David Hayter? Who knows! It would be awesome to see him pull a Jack Tretton and come out with a 7 foot tall Wookie. Snake vs Chewbacca -- exclusive on the PS3. (Hey, we can dream right?)

Kojima walks us through MGS4 gameplay

Wait ... there's actual gameplay in Metal Gear Solid 4? The beautiful cinematic trailers left us perfectly content with watching the game. However, after watching Kojima's walkthrough of the game, we'll be pretty cool with actually having to play the game as well.

Of particular focus is the new camouflage system, where Snake can turn into a statue, or blend in with the floor. Also, you may notice a far more intelligent camera system in this latest iteration of the Metal Gear series: it follows Snake, behind the back, and will jump into an over-the-shoulder view for aiming.

We're glad to say the game looks good. Not just graphically, but it looks to play very well. Certainly, we weren't expecting anything less from Kojima Productions. PS3 owners will have a lot to look forward to when this exclusive arrives next year.

A recent panel interview was held at IGN between Metal Gear guru Hideo Kojima, MGS4 art director Yoji Shinkawa and Square-Enix's own Tetsuya Nomura (pictured right) regarding their take on the PS3. Having likened it to many things before, Kojima had a lot to say about Sony's new box o' tricks, saying "If you think about the future of the industry and game creators, I get the feeling that the winner had better be the movie theater -- or, the PS3. No one will say that the price is cheap." He adds later on that his optimal choice of gadgetry would have been "a PS3 with controls like the Wii."

How about Nomura's take? Final Fantasy games were a huge selling point on the PSX and the PS2, not to mention other fantastic Square-Enix RPG's, so his opinion will carry a lot of weight in the Japanese RPGamer crowd. He felt that "as a game machine, it's too expensive." But he softened this typical argument with "Thinking two to three years from now, the PS3 will be the most appropriate."

The three also joked about another Zone of Enders title. Maybe they weren't joking -- those were some pretty good games. Either way, it seems the big names at Konami and Square-Enix are voicing their support of the PS3. Whether it hits big right at launch or creeps its way to the summit of the mountain in a few years, they seem to feel the PS3 is going to be it.

[Edit: added a reference for the picture, clarifying that it is Tetsuya Nomura -- Should have made that more clear.] 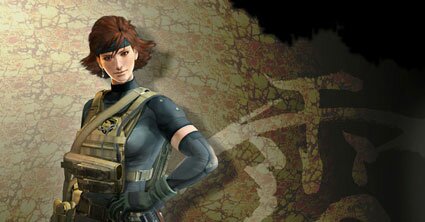 You probably read that headline with a smile on your face. Even so, Kojima-san has revealed the infamous Raiden will not be a playable character in Metal Gear Solid 4: Guns of the Patriots. But he is going to be pretty integral to the overall narrative.He also goes into detail about the story. Nanotechnology, military strength, Senior Citizen Snake... it's all there.

Older characters will be making an appearance as well. Naomi Hunter, Campbell and even Meryl Silverburgh will be along for the ride. One of the best quotes is from when Kojima stated why he's even bothering with this new game when MGS3 was supposed to be his (and Snake's) last title: "I decided to make MGS4 because so many mysteries still remained, and I couldn't ignore all the people who had requested a new game." So keep the requests coming and he won't be able to refuse! Check out the Show Maybe? publication to see the original.

Kojima speaks out some more on MGS4!

So if Afrika didn't do it for you and nothing else tickles your fancy on PS3 just yet, then you know there's always Metal Gear Solid 4 to look forward to. Hideo Kojima shared some great information about the gameplay for the upcoming title in an interview with PSM2.

One of the things he talked about was the "octo cam" suit. This puppy can adapt by changing color and form based on your surroundings. Of course that will happen on the fly, and most interestingly enough is only possible on the PlayStation 3 (the graphical effect that is, according to Kojima).

He also talked about the destructible environments. Only certain things will have that potential, so don't expect everything to just go down in flames. He wrapped it up with his infamous sign-off stating that this would be his last Metal Gear title ("No guys I'm serious this time...").


So Hideo Kojima has sworn off future involvement with the Metal Gear series... again. But like the Rolling Stones or a comeback tour that won't go away, he's sure to return! Or maybe not. This wouldn't be the first time he's called it his last, but he says he's for real when talking about MGS4.

"Well, I say this every time but this is going to be my last Metal Gear... so you could say that the hidden theme here is that I want Snake to die so that I can move on." Strong words from a true visionary. Anyone taking bets on how long it'll be before he's back?