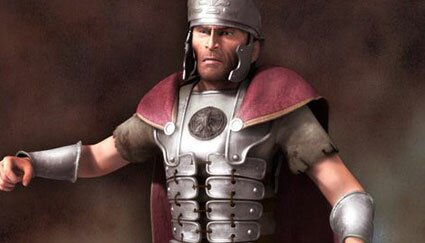 It's unfortunate that this bit of news is circulating with so little information included, but word has it that Track7 has "cancelled" their multi-platform game Theseis. The culprit? High development costs: "If Sony were to offer us assistance in producing a PS3 version we would be more than happy to oblige!" This coming from inside the company.

Heading to Xbox 360 and PC, this title was also popularized as a PlayStation 3 game. However, they were quick to nip this in the bud with an announcement on their website: "Track7Games would like to clarify that we never cancelled something that did not exist in the first place. We plan to develop "Theseis" for PC and Xbox360 in the near future. As for the PS3, we simply made a strategic decision to not move ahead because we deemed it not probable at this time."

So there you have it: Theseis was not "cancelled" so much as it was just dropped in the interests of business. Either way, Sony fans are still holding out for some dedicated third-party support.

1. Come on sony fork over the money! This is going to be a massive implosion of developers start turning their backs because of the production costs,thats why I have never been a fan of the cell. Not because of its capabilities but because nobody wants to take the time and cost to program for it as well as pay more to produce on bluray!!

2. "If Sony were to offer us assistance in producing a PS3 version we would be more than happy to oblige!"

I am curious what this statement means? Are they being politically correct and trying not to burn bridges with Sony, but really saying that there are problems with the PS3? Maybe there are problems with the Dev Kits? Is programming the Cell processor extremely difficult? Is the royaltie fees for Blu-Ray that expensive? With the cold cast off of Rockstar studios from Sony and now this comment is this showing us that Sony is being just as arrogant with developers as they are with their customers? Or is this just a fishing expedition to get Sony to pony up some cash to get them to develop games for the PS3?

"As for the PS3, we simply made a strategic decision to not move ahead because we deemed it not probable at this time."

The word “probable” is I feel the key word there? It makes me very scared there could be more delays in the PS3 release. Or are they worried that due to the sticker shock from the price tag of the PS3 that they may not get as many sales as they once thought they might? Are the development costs piling up so fast that they do not feel they will be able recoup their costs?

This is only one publisher right now. But it will be interesting to see what happens in the coming months before the PS3 is scheduled to be released.

One developer decides to make a version of a game for the PC and Xbox 360, skipping the PS3, and the world is coming to an end. Wow.

4. Its the reason why they decided not to make it for the ps3 that should concern you along with all the other third party developers!

5. hmm....
Doesent it sound like they DID cancel it ... but they just arent ready to admit it?
This statement -
"As for the PS3, we simply made a strategic decision to not move ahead because we deemed it not probable at this time."
seems like a fancy way of saying "we couldent handle it, so we cancelled it ....

Most Commented On (60 days)